What to Eat Before Exercise

DON'T exercise on an empty stomach.

For a standard hour-long workout — lifting, running, cycling — "you need to make sure you have a combination of carbs and protein" to provide a stream of energy during strenuous exercise and nutrients to repair muscle afterward, according to Manuel Villacorta, registered dietician and author of Peruvian Power Foods.

Bananas are very rich in fast-acting carbohydrates that will provide you with usable fuel for a workout, and the supply of potassium aids in maintaining muscle and nerve function.

To people who like to work out first thing in the morning and typically skip eating before, Villacorta said, "Please have a banana" before, and then eat breakfast "within a half hour at the least" afterward to provide essential protein for muscle building and repair.

Oats are packed with fiber, which facilitates a steady release of carbohydrates into your bloodstream, and therefore a steady energy supply throughout your workout, according to Villacorta.

If old-school oatmeal isn't really your jam, here's a great recipe for overnight oats with tons of fiber and protein.

Caffeine has been shown to help regular drinkers enjoy a workout more by generating energy, as well as to slow fatigue and increase the rate of fat-burn.

Villacorta says he adds a couple shots of espresso to his pre-workout shake in the morning to pump him up.

Fruit smoothies are an awesome pre-workout snack because they have high-quality protein, can be rapidly digested, and have the key combination of simple and complex carbohydrates. "The simple carbohydrates will hit for the first 15 to 20 minutes," says Villacorta, while "the complex finally kick in around the half-hour mark." Together, these provide a steady stream of energy throughout a standard workout.

This is an incredibly easy pre-workout snack with no cooking involved whatsoever. Just eat 1/4 to 1/3 of a cup of chickpeas, seasoned with some lemon juice for taste. A quarter cupalone will give you about 10 grams of protein, 30 grams of carbs, and almost 9 grams of fiber.

The fat in egg yolks is metabolized slowly and therefore is likely to make you feel bloated and sluggish during your workout, so egg whites are a much better pre-workout option. A single egg white provides around 4 grams of protein and no fat.

This is a great option if you only have a few minutes before your workout because it's so light, so the simple carbs will provide you instant energy without weighing you down. A few recommendations for dried fruits to eat are dried berries, apricots, and pineapple. Shoot for around a quarter cup.

Whole grains — like quinoa and brown rice — are packed with fiber, providing slow-release, sustained energy throughout the duration of a workout.

Topping it off with some jam will provide you with fast-acting simple carbohydrates. Or, you can follow the recipe pictured and add greek yogurt, pistachios, and honey.

If you are working out after lunch or dinner, you want to eat something that will sit well, provide you with a good deal of usable fuel, and have minimal fat. The complex carbohydrates in brown rice help sustain energy production while chicken or tofu will provide protein for muscle repair after your workout. If you prefer, you can substitute brown rice with sweet potatoes, quinoa, or other whole grains/starchy vegetables.

You definitely should avoid rich foods that will take longer to digest and likely make you uncomfortable while exercising.

Greek yogurt contains almost double the protein as normal yogurt but about half as much raw sugar as regular yogurt. Provided you aren't lactose-intolerant, this should provide an energy boost that's easy on the stomach.

The Peruvian root maca has been growing in popularity as a natural supplement that has been seen to increase energy and stamina, among many other health benefits. Many South American soccer players eat maca before games to aid peak performance, according to Villacorta.

It can be bought at Whole Foods, and is great as an addition to anything from smoothies to yogurt.

For people trying to tone and lose fat, "there is a myth that by not eating, they are going to go into further deficit and lose more fat. In reality, their bodies may shut down and not lose anything,"

What to Eat Before Exercise

Exercise At Your Standing Desk

The psychological toll of the pandemic

The New Normal: The Pandemic Path Ahead for Businesses

How to sleep better

How To Stay Healthy When You Travel 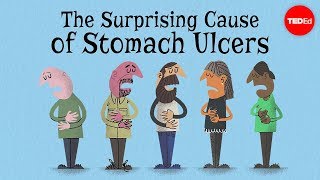 Marmite helps to stabilize the brain 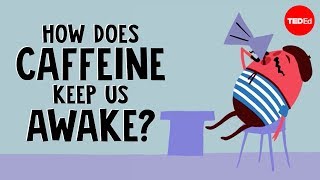 How Does Caffeine Keep Us Awake? 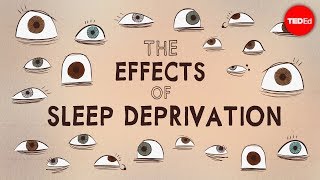 Why Do We Need To Sleep?